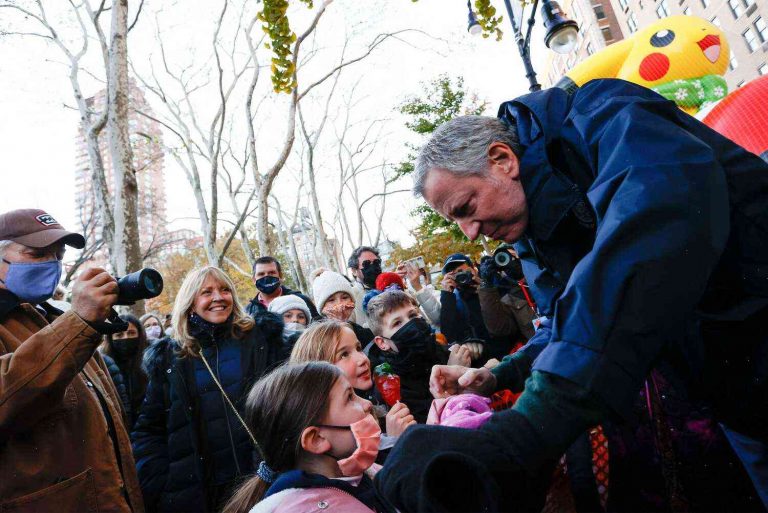 New York City mayor Bill de Blasio is asking people to cover up to protect themselves from deadly umbrella looms, which were blamed for several deaths across the US in 2017.

Eight people in New York, and 13 nationwide, died from mesothelioma, a cancer caused by exposure to asbestos, associated with exposure to air pollution including asbestos.

Police on Wednesday issued a plea: “All of New York City – leave your house and apartment doors open to let the air in. If you’re on your stoop, keep it covered with something like a light scarf,” said chief of patrol James O’Neill. “All of us are vulnerable to asbestos exposure in our building.”

This type of asbestos does not normally cause harm if inhaled in large amounts but is deadly when inhaled in amounts as small as 3mm. Inadequate respirators can trap asbestos dust and cause the tiny particles to travel out of the lungs and cause lung cancer, as well as mesothelioma.

“The most important thing we can do as citizens is to protect ourselves,” said McCray, first lady and wife of de Blasio. “We want people to understand that wearing a helmet when you’re biking or hiking is not going to make you any safer from asbestos exposure, but it can make you feel more comfortable. And you are protecting yourself.”

While the mayor asked people to wear masks in the open air, McCray’s video suggests people could wear the masks indoors in windows, doors, vents and vents installed for ventilation, or showers.

The documentary, called Mystery of the Cities, from the best-selling author Rachel Joyce, tells the stories of mesothelioma victims and other stories of cities that relied on asbestos for their structures.

McCray, like other speakers, was careful to say that New York City residents should not decide to cover themselves up because it is a virus. If other cities decided to do the same thing, it would not prevent them from being exposed to respiratory infections.

“If our health department were to do that,” she said, “that would affect everything that’s going on in the city.”

Is fatigue killing the modern worker?