Why are we still waiting for Meadows’ Russia memo?

Meadows told CNN he hasn’t answered a question yet about the contents of a confidential memo he provided to the House Intelligence Committee’s staff members, who have been working on a Russia investigation report… 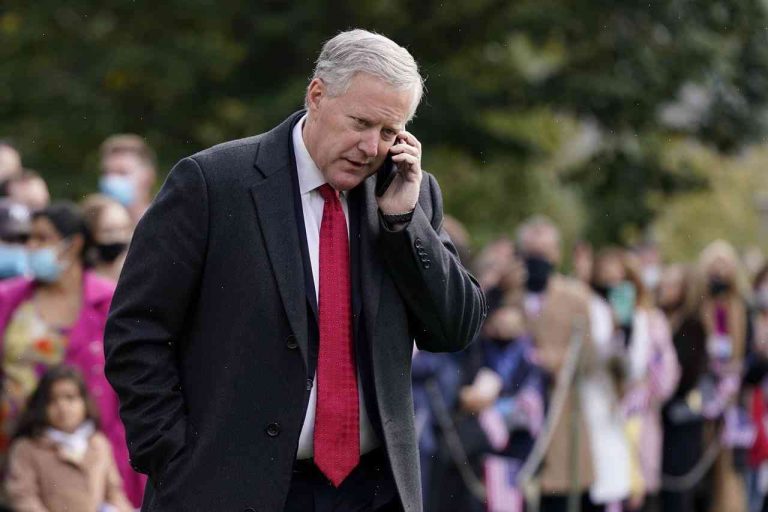 Meadows told CNN he hasn’t answered a question yet about the contents of a confidential memo he provided to the House Intelligence Committee’s staff members, who have been working on a Russia investigation report since May.

But, on a broader note, Meadows said, “I think it’s been reported the media has been calling our hearings, and I think anyone can see the reason why we’re called is because of the nature of the issue and the purpose of the committee, because of the investigation.”

In other words, he isn’t speaking up about the memo because some believe he is on the tail end of this congressional committee — which is exactly what Meadows would not want it to seem that he’s doing.

It’s as though he wants to avoid the optics of putting himself on the payroll.

The problem is, it’s not only reporters who have editorialized about the lack of information we’ve seen coming from Meadows’ chairmanship — his fellow Republicans do as well.

A short list of House Republicans who have criticized the oversight and committee leadership:

Erin Bilbray, vice chair: “It’s sad for me to be against such an unbalanced committee, yet support my House colleagues who represent areas … where C&I is their greatest concentration.”

Leslie Combs, one of the founders of the North Carolina Freedom Caucus and current supporter of a white nationalist candidate in that state: “I am very concerned with the direction the subcommittee is heading and believe that Chairman Meadows’ lack of oversight and budget authority are huge contributing factors to that problem.”

Joel Kleefisch, a Wisconsin Republican: “There are a lot of people out there that want me to be a little more tolerant of them, but frankly, I’m looking at the culture of the committee, and this committee is an unfriendly environment.”

Aaron Schock, the former Illinois congressman and former Veterans Affairs official: “I just wish we didn’t have to spend so much of our time trying to force Trey back into the committee.”

Indigenous perspectives to be included in school curriculum review