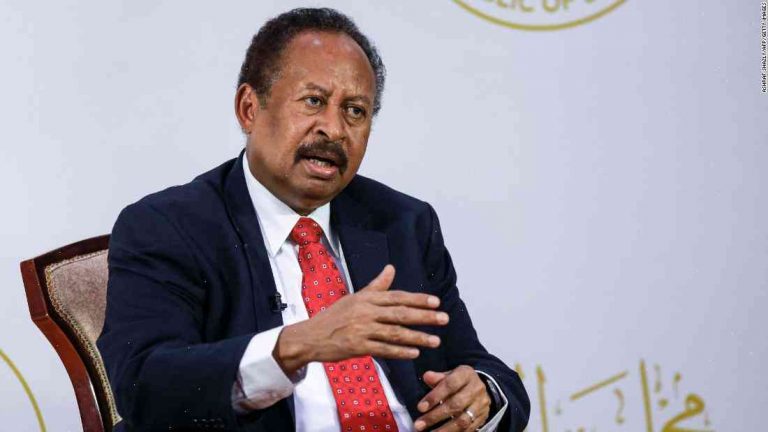 Sudan’s recently-released Prime Minister, whose arrest sparked international outrage, has described his arrest as “unjustified”. Ali Osman Taha, 44, was briefly held at a police station and freed on Friday, four days after his arrest. Opposition groups say the arrest is part of a power struggle within the ruling National Congress Party between President Omar al-Bashir’s allies and President Salva Kiir’s backers. Mr Riek is now returning to the capital, Khartoum, where he will be surrounded by a security cordon. A ban on political gatherings and media coverage of protests has been lifted, but many were reported still to be on the streets. ‘Cowardly act’ The BBC’s Kausar Ramzy in Khartoum says Mr Taha was released on Friday on condition that he make a rare public statement at the police station where he was being held. He confirmed that he had been held for no reason by security services. We can’t compete with a state that has become so aggressive, so murderous and so intolerant

Former Sudanese PM “I was not arrested as a politician, but because of my activities, so I was trapped,” he said. Mr Taha added that if he had kept silent he would have been able to evade arrest. “I was able to resist and escape in a cowardly act.” Although the former prime minister had on Friday denied being a member of the opposition, he described himself as “an honest man” who was dismayed at Sudan’s deteriorating economic situation. “I came to this country because I’m not a coward and I cannot continue to stay here because this country is going through a very difficult period,” he told journalists. “When I left Sudan, I went by myself.” He said it was a fear of bloodshed he had come back to avert. Opposition leader says Mr Riek will make life tougher The Southern Sudanese Association of Elders (OSOE) said Mr Riek would make it tougher for Mr Bashir to “reach out to the local people”. “With the National Congress Party feuding – for various reasons such as the lack of money, etcetera – President Bashir is now a very isolated figure and in danger of losing his political control,” said Brimina Ochlik, the OSOE president. “Now, with the high stakes of the new government formation, President Bashir will be casting a much wider net in order to cobble together a government, hence the security and political tightening that will follow,” she added. Hundreds of protesters gathered after Mr Taha’s arrest, with members of the Sudanese Communist Party staging a sit-in outside the police station in Khartoum. They were later dispersed by police with tear gas. The UK said the arrest was an act of “misguided paranoia”. “The detention of the prime minister of Sudan is, again, another example of the trouble and instability in the country,” a Foreign Office spokesman said. A UN statement said the secretary general had warned the Sudanese government “against creating additional obstacles for the country’s transition to democracy and free and fair elections in April”. African Union chairwoman Thabo Mbeki, also speaking from Sudan, also warned against extending the “redundancy” of emergency measures during the transition period. Earlier, Mr Bashir pledged to deliver vital aid after a British nurse working for the UN disaster relief agency Unicef was shot dead in Kauda, about 250km (155 miles) north of Khartoum.

StumbleUpon What are these? E-mail this to a friend Printable version