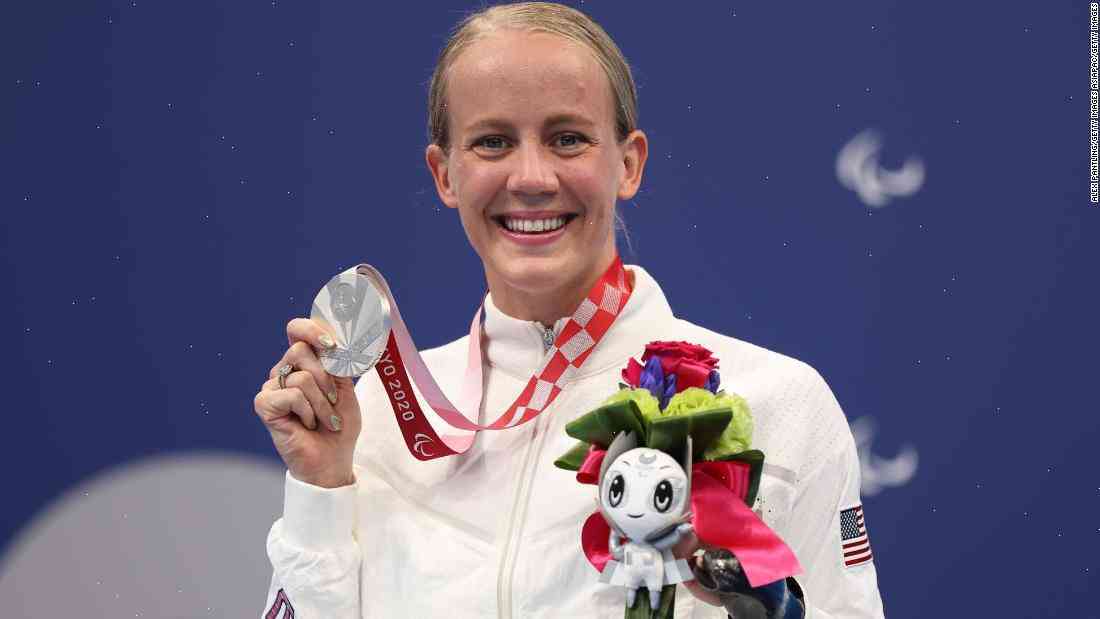 Written by By Tara Butcher, CNN

The fierce heat as well as a wet Olympic Stadium meant next month’s Paralympic Games in Brazil could not have been in a more dramatic setting.

In June, the age-old trade winds of the South American sun took a turn for the worse, creating the perfect storm for the multi-sport event. The accompanying rain — soaking conditions that lasted into early July — left the event open to threats from a number of thunderstorms, some of which rained for longer than 15 minutes, leading to suspension of the competition and an overall reduction in the total number of events (40 varsity events versus 67).

Despite these factors, athletes were able to overcome the difficult circumstances and turn in amazing performances that left the crowd wanting more.

One of the performers was five-time Paralympic medalist Mallory Weggemann. She was dubbed “The Queen of Swimming” by one newspaper after being featured on the front page earlier this month, a headline that is now forever engraved on her memory.

The silver- and bronze-medal-winning athlete recently spoke to CNN about the challenges she overcame to return to the competition venue four months after a bad shoulder injury, and how she persevered to defend her titles.

Q&A: Mallory Weggemann tells me about her dreams for the future and the scare that nearly ended her career in the pool

Mallory Weggemann talks to CNN’s Tara Butcher about her career, aspirations and dream for the future, even after a very serious shoulder injury. Credit: Alina Kahaev/Leslie King

CNN: What are your thoughts on the difficulties of winning back your titles in Brazil?

Weggemann: I really didn’t want to compete in Rio when I got injured — I was a spectator in 2015. The first test event was pretty rough because I had to wait months to get healthy so the last few events looked pretty brutal.

I don’t ever feel pressured to compete with the in-form people — I do my best. The hardest part is to finish, but I was very focused on that. The biggest thing I learned, in the recovery process, is that I didn’t need to compete in Rio for the audience to respond to me.

It’s not about me; it’s about the audience appreciating the sport itself.

Q&A: Mallory Weggemann speaks about swimming’s upcoming competition season, many of which are out of these world-class athletes’ range

Q&A: Mallory Weggemann breaks down the most difficult moves to perform in the pool

Q&A: Mallory Weggemann’s debut swim of the evening has people around the world taking note

Q&A: Mallory Weggemann talks about her return to the Paralympic pool, her new challenges and how returning to Rio eased her mind

Q&A: Mallory Weggemann reflects on her Paralympic legacy as she prepares to compete in the 2019 world championships