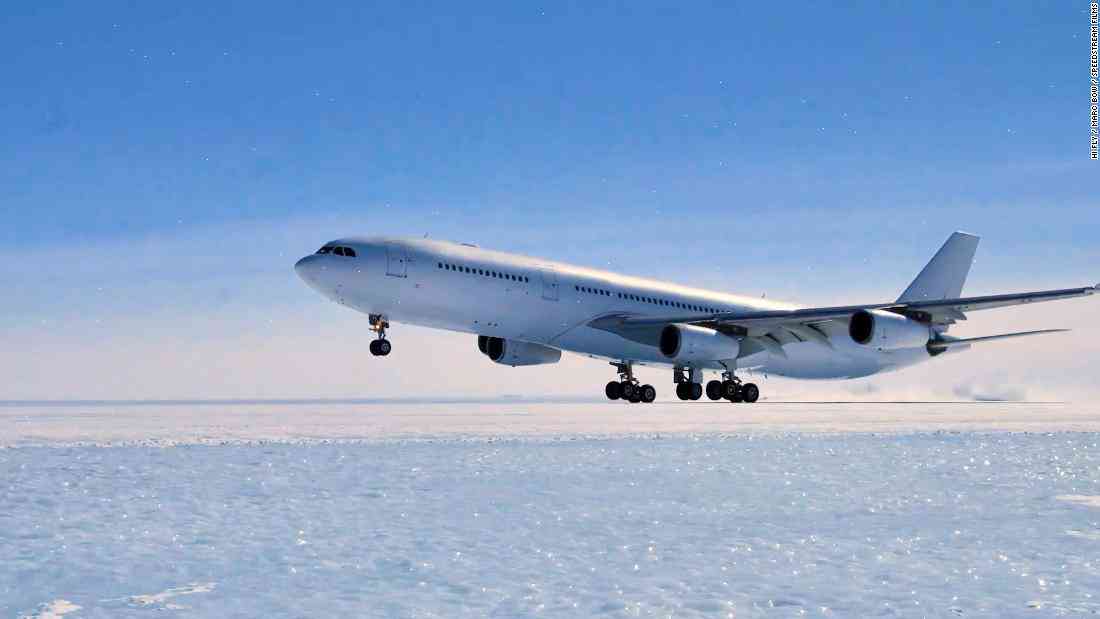 First you have to get to the edge of the ocean where ice masses form and start floating toward shore.

In a thrilling day-and-a-half journey, a 14-member Airbus A340 made its way over the Adelie Glaciers of Antarctica in approximately 16 hours,

Tuesday’s flight took place in open waters with permission from the U.N. Commission on the Limits of the Continental Shelf to take a closer look at the unique biology and geology of the region.

The Adelie Polar Shelf extension is one of the largest extension of continental shelf in the world extending south and west and east of McMurdo Sound and heading north and south to the Antarctica Dry Valleys.

Arriving in San Francisco, the aircraft departed at 15:19 Tuesday morning before landing at 6:44 p.m. So it took another 18 hours of travel time to get back down south.

Each A340 holds an average of 325 passengers, according to Aviation Week and Space Technology magazine, and on the A340, passengers on the float-on version consist of 32 passengers sitting on sloping, milk-float seats located in the centre of the aircraft.

For the A340, a recurrent feature on the “fly-turbine” wing used on the aircraft is flight management computers “using information from onboard sensors that monitor the edge of the ice shelf to maintain the flight’s altitude, course and speed.”

Once at the airport, Airbus Aircaft engineers and scientists will get to look at high-resolution radar images to analyze ice movement in an area of the world that is constantly changing. It’s a destination the 6,222 foot-tall plane cannot reach due to speed restrictions on the runway at the nearby McMurdo Base Airbase.

“Passengers will be told that the main purpose of this fly-over is to get a better understanding of the sea ice conditions in the region,” Airbus said.

The flight will also be streamed live on Airbus.com.