At 26, Khalida Popal was the star forward of the Afghan women’s national soccer team. But on Aug. 8, 2001, as the city of Herat came under Taliban control, her dreams were crushed. When… 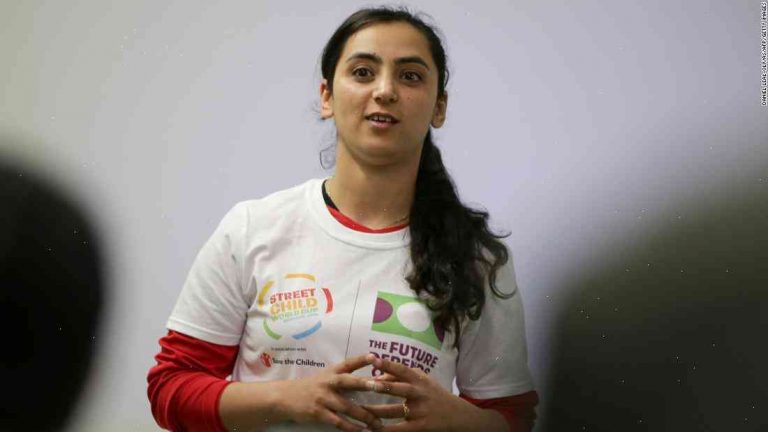 At 26, Khalida Popal was the star forward of the Afghan women’s national soccer team. But on Aug. 8, 2001, as the city of Herat came under Taliban control, her dreams were crushed. When the Dutch star’s father — the father of the superstar — was born that year, he was eight days premature and spent the first six months of his life in and out of the hospital. The girl, who was christened Reza, loved soccer, but she initially gave up hope of becoming an athlete. After a while, it became her top goal. After a series of diagnoses, however, she found out she was deaf and dumb and had to learn sign language in order to communicate. She could not be exempt from military service, the paperwork said, because she was a woman.

“Whenever I could, I stayed with a girls’ school,” Popal told The New York Times. She said she endured beatings and months of isolation while growing up in Herat’s Old City. As recently as 2013, Popal was still in Herat. The Taliban’s February 2014 takeover was the last straw for her father, who enlisted her to defend the city from its conquering forces. She did not know what to do — a goalkeeper she was no good at, she said.

And so, in the spring of 2014, Popal is said to have deserted her team and fled back to Kabul, where she tried to start life again.

“I loved the law, I loved the God I knew,” Popal said in the Times interview. “If I could do a thank-you card for anyone, I’d tell them that God loves you and I’m so sorry.”

Popal said she finally found a group of women soccer players who invited her to come and play in Kabul. And though she spent much of the first week yelling to her teammates — “Who are you?” “Do you have a mother?” — she soon began looking forward to the next challenge. Now 39, she is part of a growing Afghanistan sports community, the champions of which play in the country’s first “women’s football league.” The club’s co-captain, Gisele Mamad Arin Mangal, once played alongside Popal in Afghanistan.

“It changed my life,” she said. “Because of sports, we stopped being prisoners and we could express our views and rights. When people say there is war here, you can’t compare us with this. We’re here just because we’re women.”

Read the full story at The New York Times.

Border agency to require vaccines for some Central American children

The challenge of chronic illness: What did happen to immunisation rates?