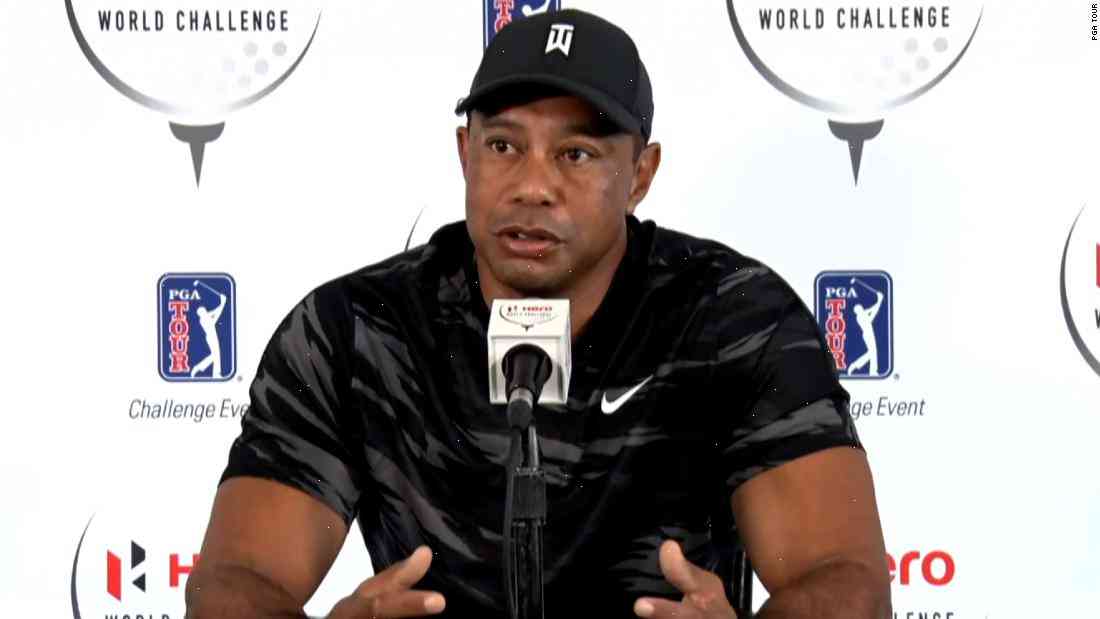 Media playback is not supported on this device Ten shots from a new Tiger Woods?

Ten-time major winner Tiger Woods says he does not know when he will play again, after undergoing surgery on his back.

Woods said he is “working to get back” in a statement, in which he reveals he has been “on an even more aggressive rehab” than he had hoped.

The 42-year-old former world number one has not played competitively since pulling out of the Omega Dubai Desert Classic on 19 February.

“I don’t know when that is going to happen,” said Woods, who retired from golf’s PGA Tour in 2008.

He said he felt better when he started on a “minimal programme” – but also added that he “can’t make a long-term commitment at this point until I’m 100% sure the inflammation and the pain is gone”.

The 14-time major winner will play alongside Great Britain’s Lee Westwood and America’s Webb Simpson in the opening round of the Dubai Desert Classic on Thursday.

Inspired to try golf? Find out how to get into golf with our special guide.

He was fit enough to commentate during the first round before withdrawing due to pain in his back.

Despite saying on Monday he was hoping for a “really short rehab period” and a return “around the US PGA Tour”, Woods said on Tuesday: “In my mind, I am not doing any of that right now.”

He added he has been putting himself through “some pretty harsh stuff”.

“The idea is not to come back too fast,” he said. “I’m doing everything within my control to heal up.”

Woods, who was fifth in last month’s Open at Carnoustie, played for the first time in almost two years at a celebrity event on the same course in June.

He signed autographs for about 12 minutes and watched in awe as Hollywood actor Tom Cruise, being treated for back pain, chipped a shot in from 300 yards.

“I am going to miss playing for the fans and being on this golf course,” said Woods.