The U.S. Treasury Department has removed the FARC, the Colombian rebel group, from its list of unsympatiente terrorist organizations and certified that the group has been demobilized. The latest sign of a gradual end… 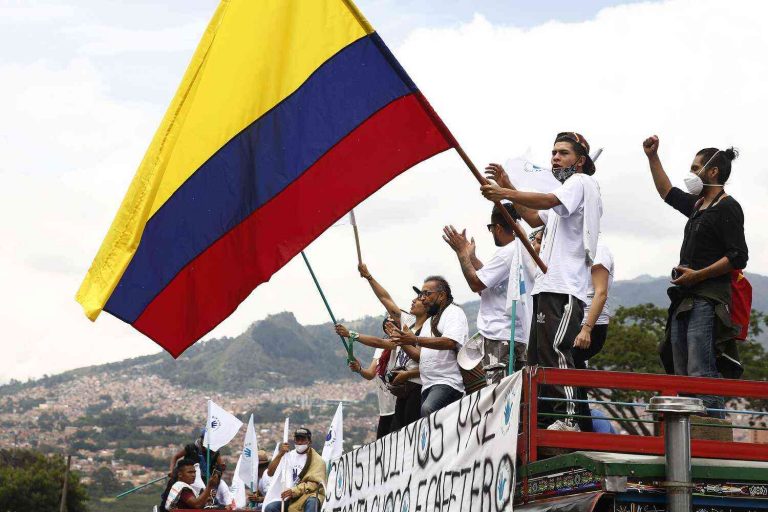 The U.S. Treasury Department has removed the FARC, the Colombian rebel group, from its list of unsympatiente terrorist organizations and certified that the group has been demobilized.

The latest sign of a gradual end to the conflict between the Colombian government and FARC marks a key moment in the peace process between the groups. President Juan Manuel Santos, whose efforts to bring the two together have won him widespread praise, hailed the move Friday as evidence that a new path is finally open in the country.

“This landmark step, which is already proving decisive in improving the lives of so many Colombians, is evidence that the Colombian people have chosen peace as their new path,” Santos said in a statement.

During Colombia’s 52-year conflict, which took more than 260,000 lives, the FARC fought the Colombian government and fought for an end to the decades-long military influence of drug traffickers and paramilitaries. The current peace process began in 2011.

For over a year, the Colombian government and the FARC have been in talks to bring an end to the conflict. In the mid-2000s, President Alvaro Uribe had promoted the use of the United States as an ally against the group, which was blacklisted as a terrorist organization in 1997.

Officials said that more than 7,000 rebels have turned themselves over to the Colombian government, and that 8,000 government forces have demobilized under the terms of the peace deal.

Under the agreement, FARC would receive four seats in congress and an amnesty for their crimes. However, many Colombians were disappointed when Uribe released a letter this month saying his party would not vote for the deal if it doesn’t include the bodies of victims of government and FARC forces, according to Reuters.

The Security of Venezuela Conflict and the Pastoral Initiative, a monitoring program funded by the U.S. Agency for International Development and the United Nations, said Wednesday that they received numerous calls from concerned citizens in Colombia who were against the progress of the peace process because they have not been informed of the agreement. According to the report, many of the individuals who made the calls weren’t aware of the progress of the peace process.

The report says that a primary goal of the process was for the international community to make sure that Colombia’s government would be granted the financial aid needed to avoid a backslide in security.

The report found that Venezuela’s President Nicolás Maduro has banned and tortured civilians, that 11 of the country’s 23 military bases were used for human rights violations and that Venezuela was becoming a refuge for terrorists.

Airbus A340, 14 passengers, lands in Antarctica after 1-hour flight