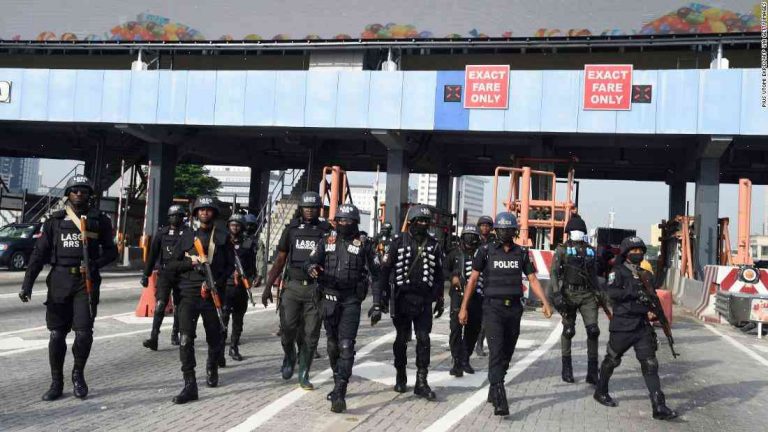 A judicial panel of inquiry has accused soldiers of killing 15 people after troops opened fire on people blocking the construction of the Lekki-Ikoyi toll gate.

It was asked by President Muhammadu Buhari to “examine what happened at the toll gate on 26 January when soldiers were asked to halt the toll gate construction”.

Witnesses say they were shot after Nigerian soldiers from Lagos blocked a road to prevent truck drivers from using it.

The shootings followed reports that an angry crowd had blocked the gate.

A statement by the panel on Monday said 15 bodies were delivered to Lekki General Hospital, with 20 others transferred to the Borno State morgue.

The toll was confirmed by Borno State Commissioner of Police Abubakar Tsav in a statement.

“We were in close liaison with the soldiers since the development as at 12:45pm. We are saddened and shocked by the deaths of the children and elderly persons along the toll gate road when the soldiers opened fire. The reckless shooting was an open grave,” the statement said.

Acting Director of Defence Information, Navy Captain Ayodele Famuyiwa, said the army “has not violated any rule or service regulations”, and “the onus of blame lies on the civilians who initiated the unhealthy confrontation with the military”.

On Saturday, one witness told the BBC he saw four soldiers, a number of soldiers in civilian dress, and at least a dozen civilian police officers.

Beware having Oscar-winning hotels in Bulgaria