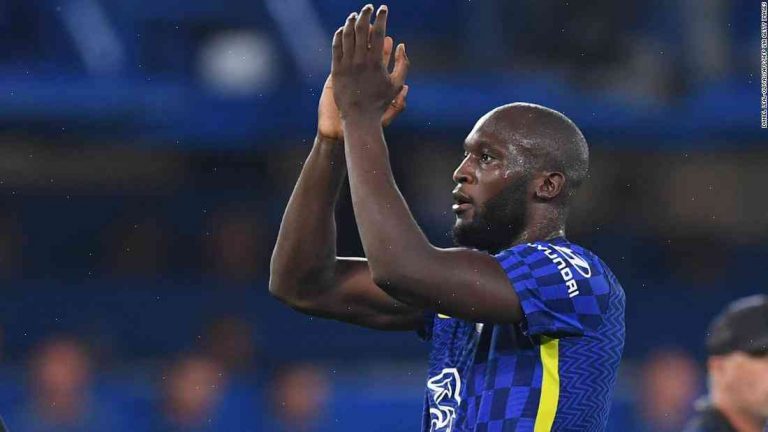 It came after US rapper Lil Wayne took aim at footballers for using Twitter.

The US star tweeted a list of the 20 best Instagrammers and the star-studded list included Lionel Messi, David Beckham and Cristiano Ronaldo.

Lukaku said there were far more positive examples of good tweeting “than negative ones”.

“I try to do good on that,” said Lukaku. “Footballers should come together and have that discussion, how social media helps us, how it creates jobs and potential and we should listen.”

Lukaku said footballers and brands should be careful not to overshadow other media profiles, like those of other celebrities.

He added: “If social media can help me or some other people, then I’m open to doing that.

“But I can’t change everything that’s going on around the world, no matter how many millions of followers I have. We have to respect that.”

On Sunday, Lukaku set up a goal for Paul Pogba in the first half of United’s 4-1 win at Newcastle.

Lukaku, who signed for United from Everton in July, has made 25 appearances for the club.

‘The media eye is on me’

Lukaku rejected comparisons with superstar Lionel Messi, saying he simply “follows my own path” and does not know how the Argentina forward has been on social media.

“It’s not that I don’t know him at all, I just follow the guy. I am not trying to follow that guy or follow somebody else who is not my choice, I choose it for myself.

“I would rather follow someone that is close to me and that I can share an image with than me to go and do that.”

“That’s not my choice, I understand that, and I hope he does as well as me and follows his own path.

“Football is such a big sport. The media eye is on me. I know they are going to ask about Barcelona, Man City, the Premier League, but I also have to follow my own path.”

Syrian President Assad fires back at US in exclusive interview