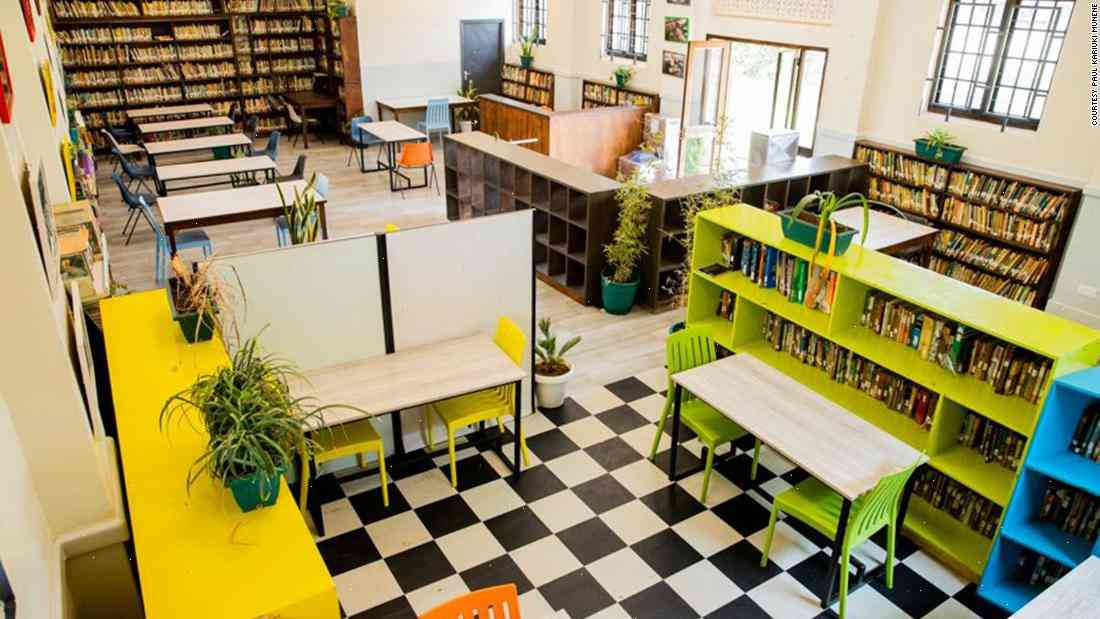 Two University of Washington students are reimagining one of Africa’s most iconic locations: the recently completed building of Kenya’s national library in Nairobi.

The emerging crisis of books in Kenyan history, culture and art institutions is being addressed by 34-year-old product design student Lauren Toomey and 21-year-old IT major Harriett Kimura.

The pair study together at a prestigious Rochester Institute of Technology program and are students-in-residence at the William Davie Center, where they have designed a sustainable project to restore the Library of National Congress.

Located on the grounds of the University of Nairobi, the 125-year-old African National Congress started and ran from 1918 to 2017.

Used mainly as an education tool, the library hosted several public gatherings including opposition rallies and openings of diplomatic missions. In the early 1970s, the headquarters were shelled during the Kenya civil war. The building was uninhabitable and so it was salvaged for a new use as Nairobi’s new national library, which opened on March 10, 2017.

Traveling back through time

The pair heard about the building project and their idea was to explore possibilities of how to “save the best of the old and reuse the worst.”

Over the past few months, they spent four days at the new library and quickly noticed the many objects that need to be taken away from the old location in order to reconstruct it. For example, they found more than 20 photos that were destroyed because there was no floor space to lay them.

“Within five minutes, I was going crazy with a book in my hand, and I was like ‘Oh my God,'” Kimura said.

Toomey and Kimura put their imaginations and special interests into action by getting involved in projects beyond the library walls.

The students demolished a hedge of bamboo and trees in the grounds of the library, removing some 21,000 square feet. Then, they divided the debris into two piles: metal, which is being sold to recycling facilities; and greenery, which will be used as garden bedding. They also used hand-picked plants and items from nature to create more room in the new library space for study.

The students hit on the idea of using the new library space to create a new wall of books.

The pair have extended and decorated the walls to turn it into a book “chest” and now have a wall between the old and new sections to display both collections. The plan is to have books that are in high demand displayed at the new library, as well as what is coming from the restoration as construction work continues.

The thought process to reuse material originally meant to demolish turned out to be hugely rewarding, Toomey said. “The first green group on the campus said they wanted to be involved, so we thought it was really cool because it’s not just saving this building but also using all of the natural resources on campus.”

Each Library of National Congress building was designed to withstand severe, destructive forces such as earthquakes. However, the current building has damage and is susceptible to further damages that could be caused by a new natural disaster, Toomey said.

Kitty Mooney, who oversees buildings and facilities at the U.S. Embassy in Nairobi, is excited to see the two young women’s project come to life.

“We have seen from the damage that we’ve seen of buildings here that are not original construction, and it’s a real challenge to make sure you have all of the materials available to refurbish the best of that heritage site. And this is really a visionary project.”

Mooney believes the new library is a unique resource and will add yet another dimension to contemporary Nairobi history.

Kimura and Toomey have raised $55,000 and are pursuing the remainder of their $80,000 goal on KickStarter to start their project.