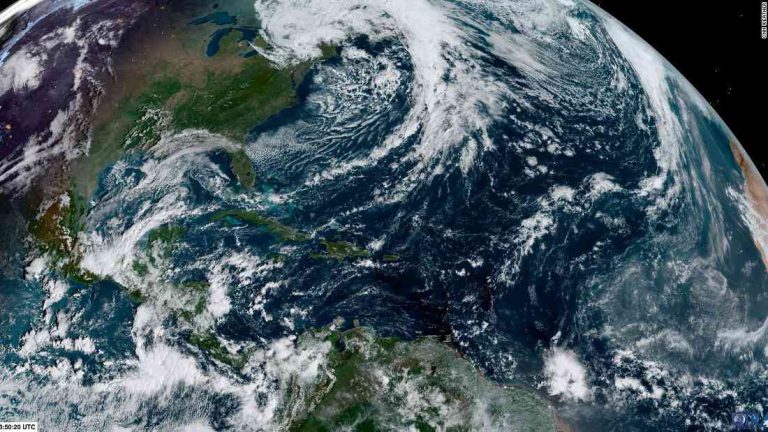 This season was predicted to be “above normal” by the National Oceanic and Atmospheric Administration (NOAA).

Most of the storms continued to form into September but two settled down in the north Caribbean.

Only two storms made landfall in the US, and one in Florida only briefly.

The final week of the hurricane season brought Hurricane Nate to the US, with Harvey making landfall in Houston, and Hurricane Maria striking Puerto Rico and the US Virgin Islands.

This brings the total number of major hurricanes, which are considered to have sustained winds greater than 111 mph (178 km/h), to eight for the season – the second highest since 1978.

Last year a record 26 named storms formed – also the second highest on record. Eleven made landfall in the US, with Hurricane Maria making landfall first – making it the third major hurricane to hit land in the country since 1932.

The Weather Channel-Cornell University initiative forces models to estimate the strength of tropical cyclones if two conditions are reached.

The first is a greenhouse gas increase – once that’s happened the storm strengthened by about 4% on average, while the second is the climate change-associated temperature increase.

One of the main predictions for the rest of the season is that there will be fewer hurricanes and associated flooding.

The estimate for total deaths remains roughly the same – either from drowning, or from the winds.

The hurricane season is now seen as “the new normal” for humans, with scientists and officials expecting the number of storms to continue to increase – that this last Atlantic hurricane season still proved them wrong is proof of just how difficult it is to predict.

A raft of strong storms were forecast for late September and early October, but they avoided landfall in the US.

Forecasters had predicted a 70% chance of storms strengthening into hurricanes in the central Pacific – where 12 named storms were expected. Only seven storms developed.

These include the first category 5 hurricane to hit the Pacific west of Hawaii, packing 120 mph winds (195 km/h).

Hurricane Florence and Typhoon Mangkhut were the most destructive storms of the Atlantic season.

It was the season’s most destructive season on record for both the number of storms in the Atlantic, and the number of major hurricanes.

It was also the second-most costly season on record, according to NOAA, with hurricanes Harvey, Irma and Maria having combined losses of $160bn (£112bn).